In a text  published at Folha de S. Paulo, the chef made an evaluation of the program, in which she helped to train 1.600 school cooks from the public education system of São Paulo state 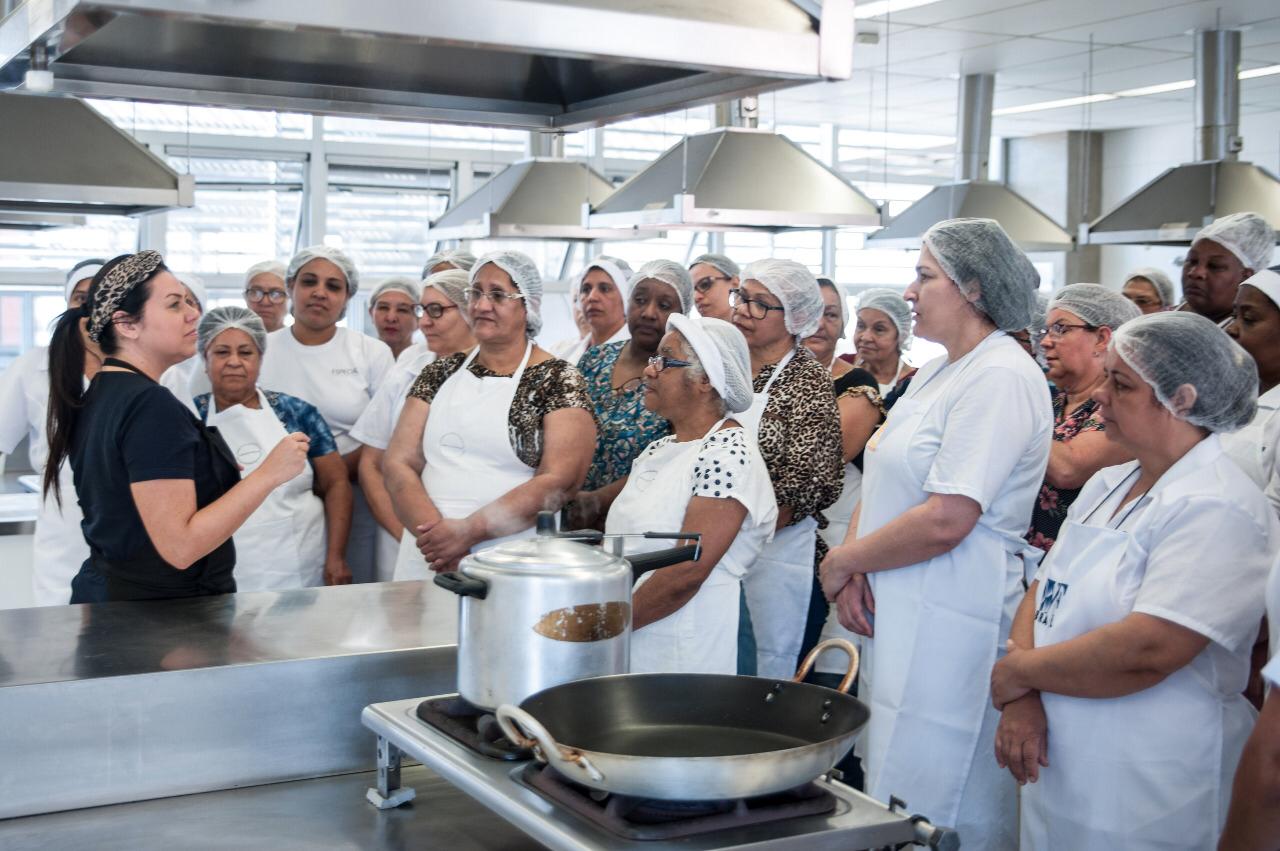 The Folha de S. Paulo newspaper published a text from the chef Janaína Rueda about the (unexpected) end of her work commanding Cozinheiros Pela Educação (cooks for education), a project that she had helped to create in 2016.

Three years ago, Janaína was invited by José Renati Nalini, then secretary of education of São Paulo state, to help reformulate school meals. By the end of 2018, she recalls, the project was being put aside, training courses were canceled and the school menus were changed without the awareness of the responsible team.

The project Cozinheiros pela Educação is based on two pillars. First one is the definition of a menu, with help from the nutritionists from the state’s education team, made using ‘paulista’ cuisine traditions as a base, which is incredibly rich in flavours and nutritional value. Food that we used to eat at our grandmothers’ house: feijoada, cuscuz, fish stew, picadinho (beef preparation), pasta with sardines, gizzard, stroganoff. The second point is to focus on the cooks: those women that prepare more than 2,5 million meals a day at schools and who needed some reinforcement in their training to enrich the feeding experience. (…)

I am here to help transform our kids’ diet and I am still available to pursue this goal. While school meals are not state policy, and not only from one government, I’m afraid that the actions we’ve taken may become ephemeral events and we will live forever  as if we were on a boat in which the captain doesn’t know where to go, nor his objectives and, in the end, we wreck. 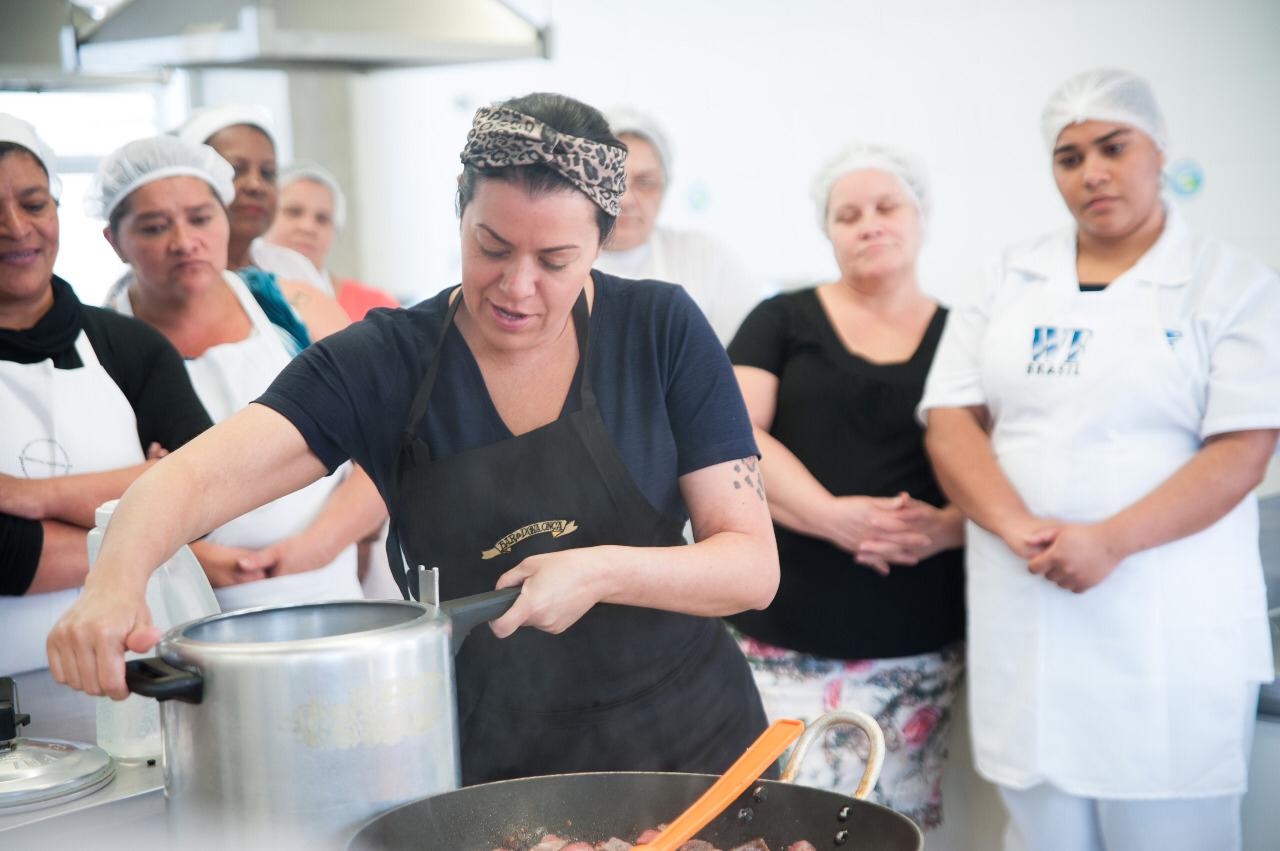 I fear for the permanence of a school food policy that is advanced and bold – although it is very sad to know that eating well, in Brazil, is an act of boldness”, she wrote in the text she sent to Instituto Brasil a Gosto and published today at the newspaper.

In her Instagram profile, Janaína shared some data and told that she is not part of Cozinheiros Pela Educação anymore. “Today is a very sad day. I am moving away, at least for now, from my beautiful project Cozinheiros Pela Educação, of which I am very proud of, but also very sad. For almost 4 years volunteering, until we reached 2.500.000 students in São Paulo’s capital serving a menu with ingredients in natura, training personally 1600 school cooks, visiting schools, it was a lot of work. (…). I left this legacy here. Transforming school meals is possible, not only nutritionally speaking, but is also needed to tell the history of our region. (…) I’ll keep working on personal projects and am available to help if they decide to go back to my in natura menu. Now I need to take care of myself and leave. Share it, demand answers, fight. Don’t let this setback hit such a big project”, she wrote.

We’ve tried to contact the Education Secretary of São Paulo to talk about the situation of the project but we have had  no answer until now.