Anyone who analyses Fábio Roldan’s professional journey probably would not have imagined that he would defend Brazilian cuisine one day. Not even himself. But an invitation from chef Ana Luiza Trajano to command Brasil a Gosto Institute, whose goal is the promotion and appreciation of Brazilian cuisine, has put cooking pots, manioc starch biscuits and Amazonian fish on his way.

This São Paulo native, who hold the position of institute’s executive director from August 2018 to July 2019, is graduated in Mechanical Engineering, with Industrial Production specialization, from FEI; has a postgraduate degree in Business Management and an MBA in Marketing, both from FGV. Before arriving at the Institute, Fábio worked in industries such as Ford, Volkswagen and Siemens, as well as in Pátio Victor Malzoni – a building where Google’s headquarters are located in Brazil, where Casa Bandeirista is also located, a project that was under his command and where he first met chef Ana Luiza. 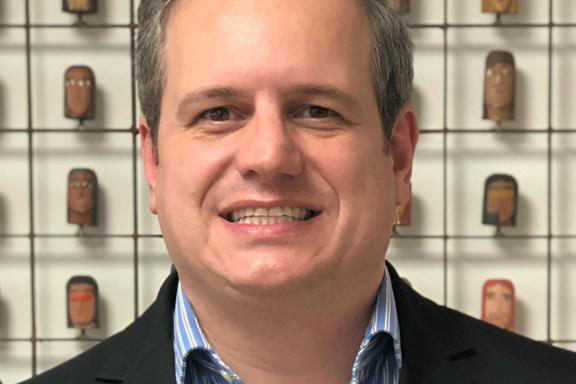 “I came to the Institute to professionalize the operation and enhance the skills of all those involved in the wonderful mission of spreading Brazilian gastronomic culture. In these last months, I realized that, in gastronomic scenario, strategic and financial management is still something rare, and this makes the difference in many businesses. My goal now is to engage the greatest number of people and make them aware to the importance of food origins and the richness of our local gastronomy.” By 2019, Fábio’s plans are to help the institute expand its reach, whether through courses, research expeditions, dissemination of content or social projects. And, who knows, learn how to cook some more Brazilian dishes, like feijoada and oxtail stew, his favourite ones.